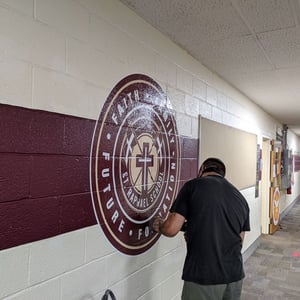 Navigating a school building is like finding your way through a maze. Whether you’re on a college campus or the grounds of an elementary school, it is so simple for anyone to get lost. It begins by locating the proper building, followed by figuring out parking and entrances, and then finally finding your way through endless hallways, alleys and staircases inside the structure to get to your destination. It can certainly be frustrating and it takes practice! But having clear signage inside and out of your school’s campus will help everyone get on the right path. Plus you can do it all while promoting school spirit!

There are many instances when it’s important for a school to convey directions or a message to students, staff and guests. 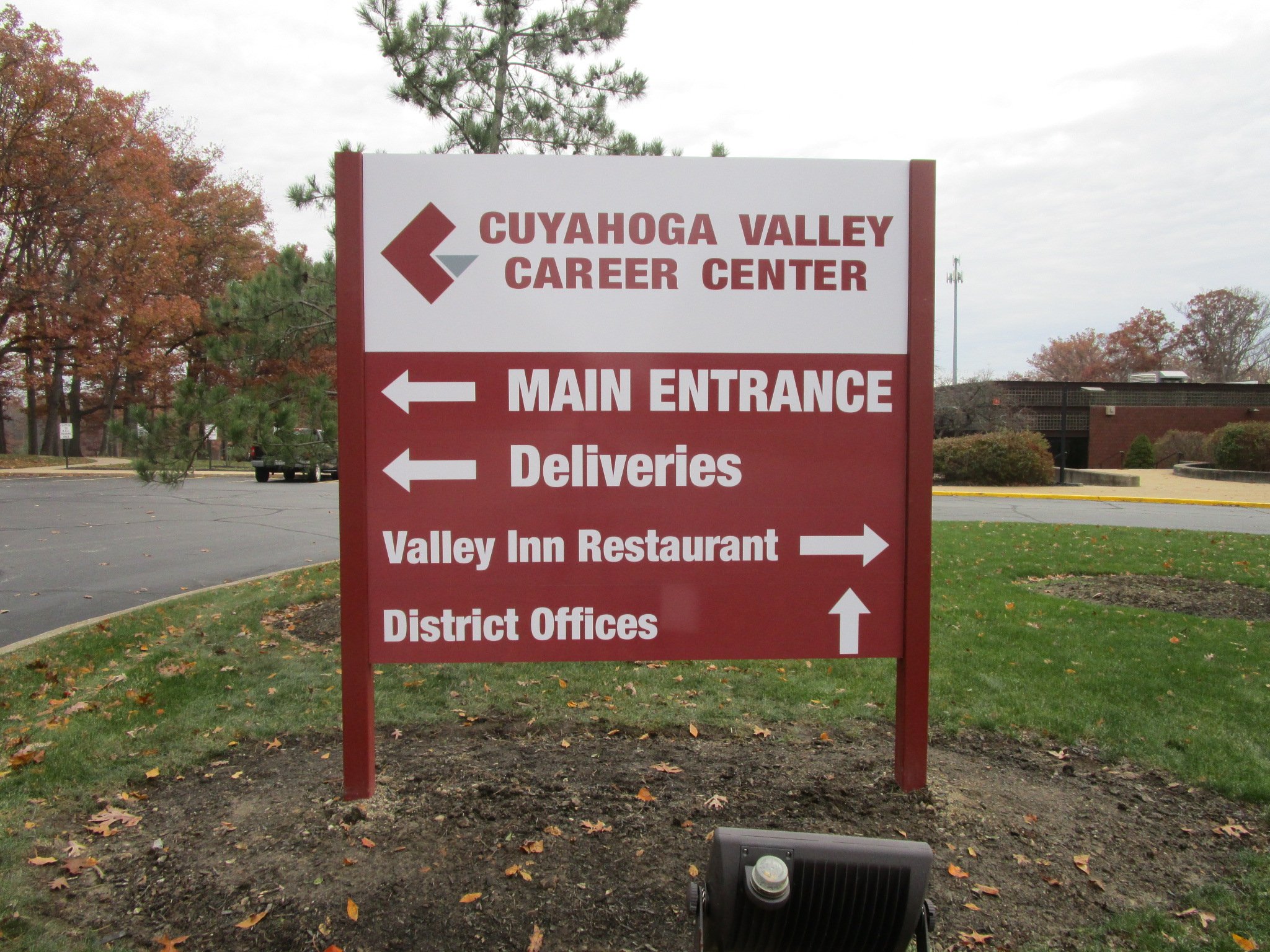 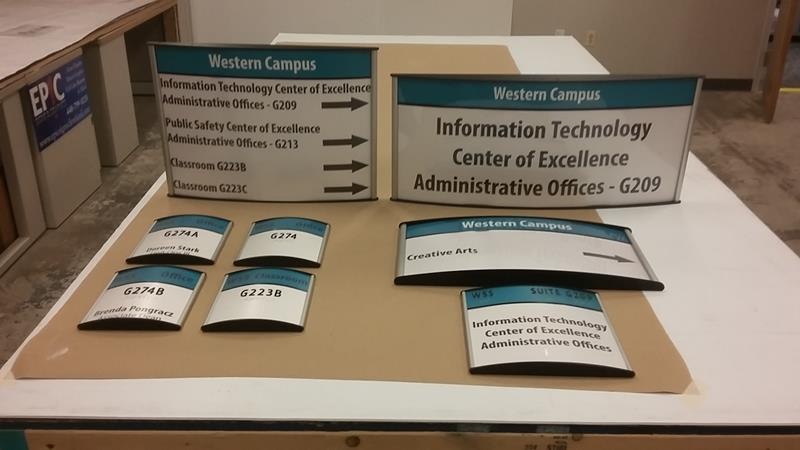 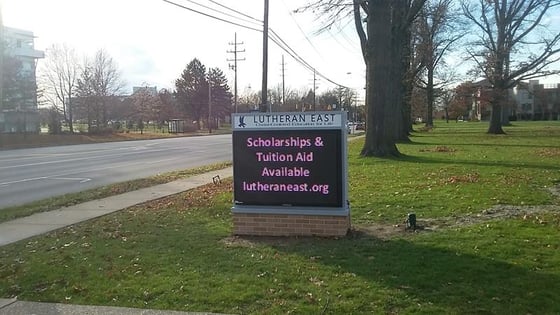 Get an A+ for Proper School Signage

There are so many ways Epic Signs can help your school provide people with the directions they need and promote school spirit. Whether it’s through interior vinyl wall panels or exterior digital signage, we can help get your message across.

END_OF_DOCUMENT_TOKEN_TO_BE_REPLACED 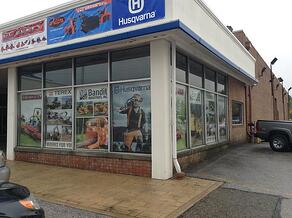 Having the name and pertinent information of your business on your building is crucial for helping people find you and for branding. However, it is also important to let passersby know what products and services you have to offer. Not everyone will automatically understand what your company does based on your name alone. Buckeye Equipment wanted potential customers to know what brands they carried, so they contacted Epic Signs & Graphics for vinyl graphics and exterior building banners for Parma OH.

A Little About Buckeye Equipment Sales

Whether it is for commercial contractors or homeowners, Buckeye Equipment Sales has become a trusted source in the area for all equipment needs. Located on Broadview Road in Parma, online and locally they provide high quality parts, sales, rentals, and service. From mini excavators to hand held equipment, they carry a broad range of products.

When a local company that has been helping local businesses and homeowners for so long came to us for help, we were more than happy to oblige. Buckeye wanted to utilize all of their storefront space to advertise the major brands they carry. After an initial consultation where we learned about their vision and goals, we concluded the best solution was a combination of exterior building banners and retail window graphics. Parma OH businesses continue to turn to window graphics in growing numbers. 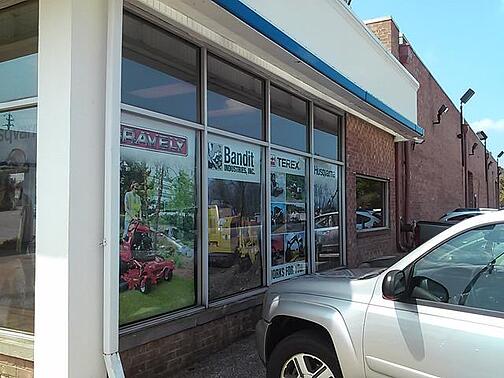 Using state of the art, wide format digital printers, the crisp and clear graphics were printed on top quality vinyl with rich, vibrant colors. The window graphics and banner were installed for maximum effect and to ensure that they will last as long as possible. In the end, we had another satisfied customer.

How Businesses Can Benefit from Exterior Banners and Window Graphics

Any party, special event, or company can grab the attention of onlookers with exterior banners. For a minimal cost, your business can get maximum exposure with portable, large custom banners. It is hard to beat the return on investment of banners compared to traditional forms of advertising. This is because eyes naturally gravitate to these types of signs. Plus, Epic Signs & Graphics uses the strongest, most heavy duty vinyl material to ensure the banners can withstand the harsh Ohio weather. 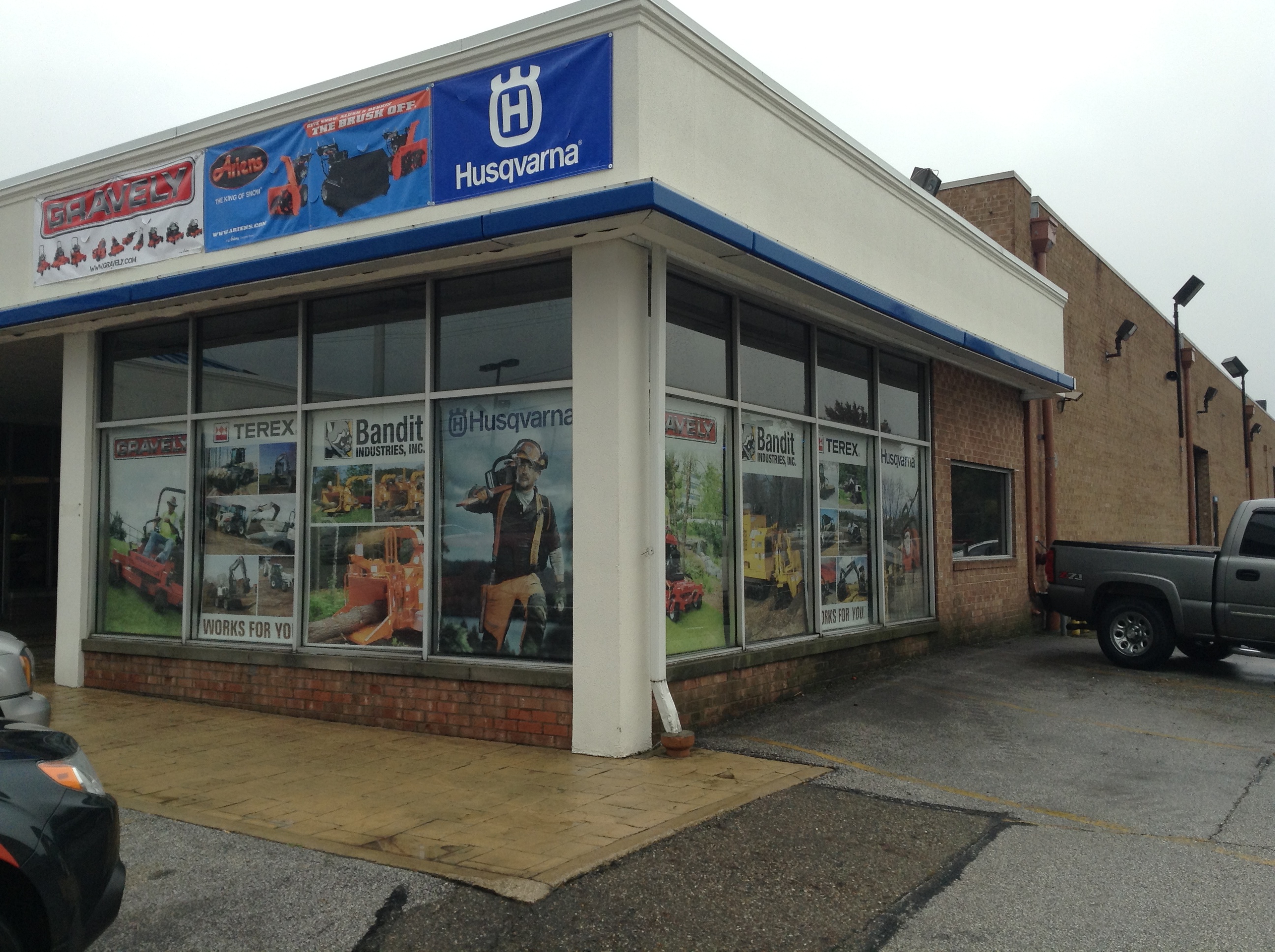 Empty windows and doors do nothing to help promote your business. If you are lucky enough to have display windows in your retail space, you have a great opportunity to advertise and inform your customers with window graphics.

No matter the type of retail business you have, window graphics can be used to

Windows are not the only spot that can benefit from vinyl graphics. Wall and floor graphics are also becoming increasing popular.

Whatever solutions you are interested in or if you need help deciding, Epic Signs & Graphics has you covered. Contact us today for a free consultation and start using your storefront space to drive your sales.

END_OF_DOCUMENT_TOKEN_TO_BE_REPLACED

5 Ways to Make Political Signs Work for You

The unofficial polls are showing that the races are tight. Many area voters are beginning to get serious about learning about the candidates and ballot measures so they can make informed decisions. Election Day is right around the corner, and it is crunch time for local campaigns. To help you with your final surge before voters go to the polls, check out these ways to make your political signs work for you.

Campaign signs offer supporters a way to voice their opinions, feel connected to a measure or candidate, and to express themselves politically. To become part of the total campaign experience, political scientists say that yard signs are important for citizens.

2. Get People to Vote

By reminding supporters to vote with election signs, Cleveland candidates can improve their electoral prospects. If used strategically, these signs can help remind people who already like a politician to go cast their votes on Election Day.

Political scientists have found that simply posting campaign signs near busy intersections in a community can increase voter turnout by up to four percent or more. This may be the difference between winning and losing in a lot of races.

3. Harness the Power of Visibility

Presidential elections are when campaign signs are the least effective. However, that is when most people use them. Everyone usually has very defined opinions of the candidates involved, since presidential races are most prominent in the public eye. Therefore, a campaign sign is going to do little to change minds.

In elections where the candidate is relatively unknown, though, signs have a crucial effect. The additional name recognition created by political signs is incredibly valuable in races like mayor, school board, judgeships, city council, or sheriff, since these candidates are often unknown.

A person’s neighbors, family, coworkers, and friends can have a big impact on who they vote for, according to many political studies. By serving as voting cues, these powerful social forces are played upon with political signage. Put another way, even without a political discussion taking place, signs can spread political information between two people. For example, you may not think at all about a neighbors sign. You may just see it in passing, but when you are in the voting booth and faced with ballot decisions, you will vote for the name you recognize from your neighbor’s sign.

This has been touched on in various ways above, but it bears repeating: name recognition is the game changer when it comes to politics. That is why you see politicians doing all sorts of things that have nothing to do with making laws, such as riding in parades, updating their social networking accounts, and appearing on TV or radio shows.

If you are ready to finish your campaign strong, contact Epic Signs & Graphics for election signs.

END_OF_DOCUMENT_TOKEN_TO_BE_REPLACED

About this Epic Blog

We provide your organization solutions for a memorable impression whether it is an event, trade show, vehicle graphic, lobby sign and more.